It was the Victorian Premier who called the election “about trust”. But we all know election promises are made to win elections, but are typically forgotten afterwards. In the lead up to the Victorian State election, promises from both Labor and the Liberal Party were etched into 19kg chunks of stone. Presented to the now Premier Daniel Andrews on election day. 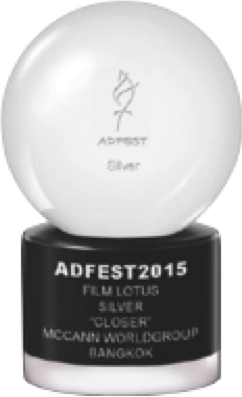 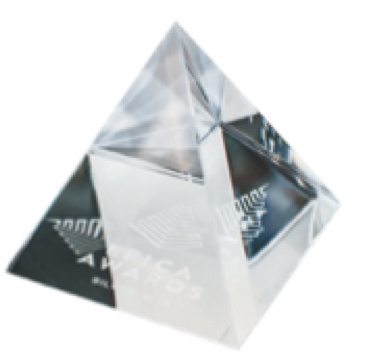 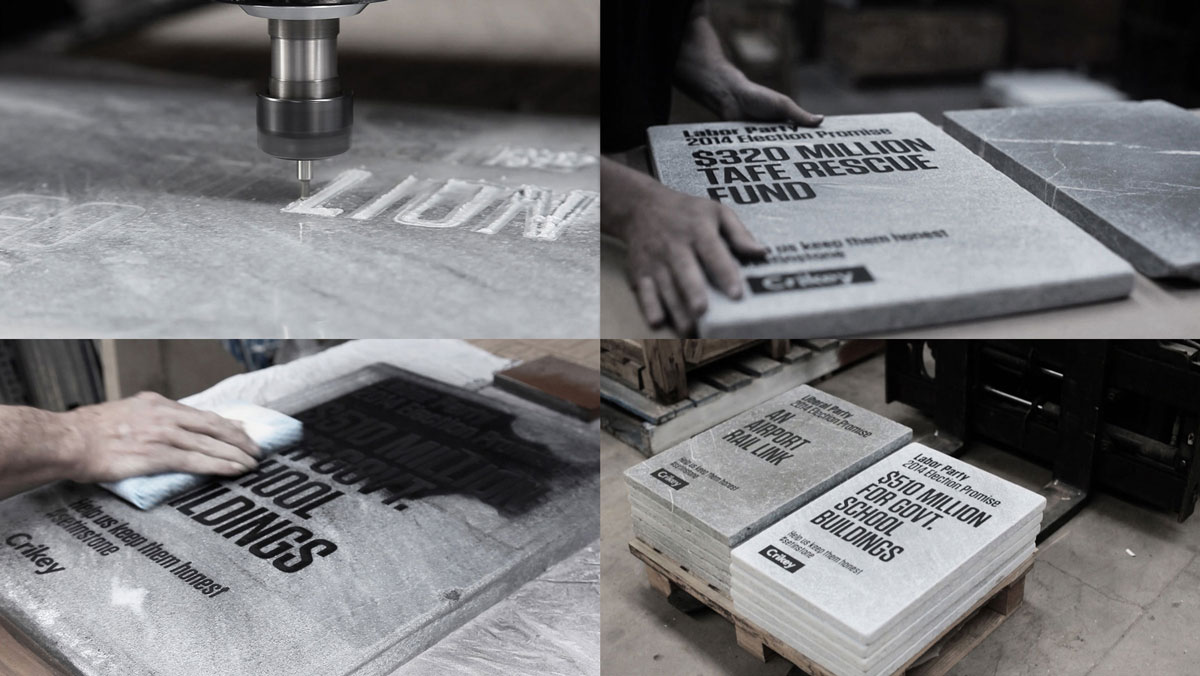 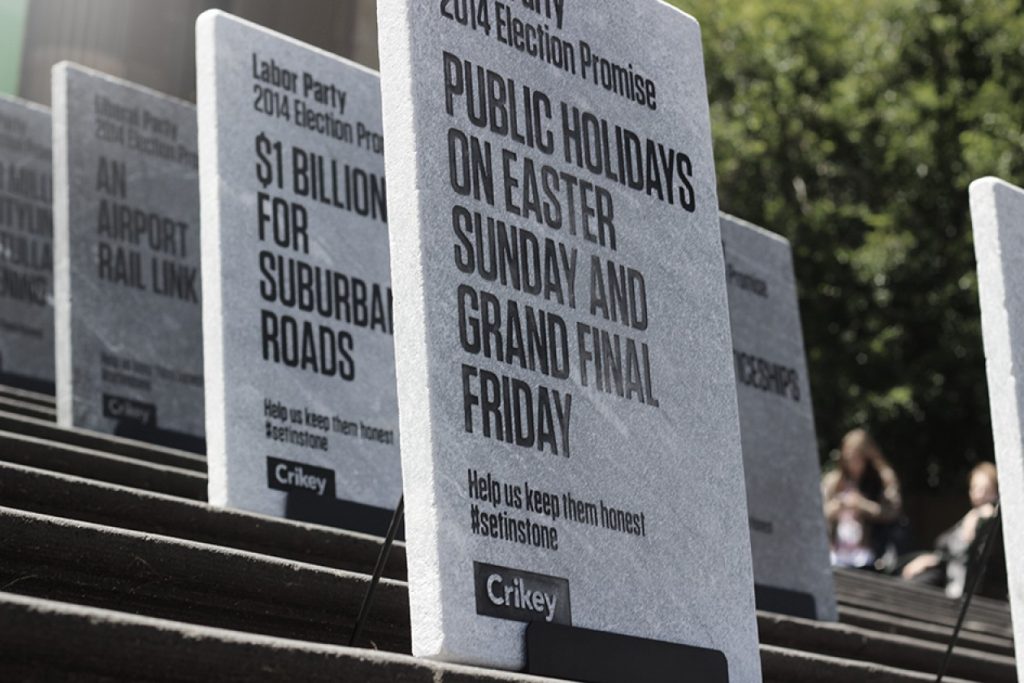 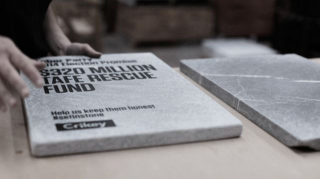 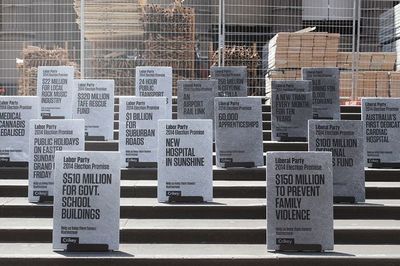 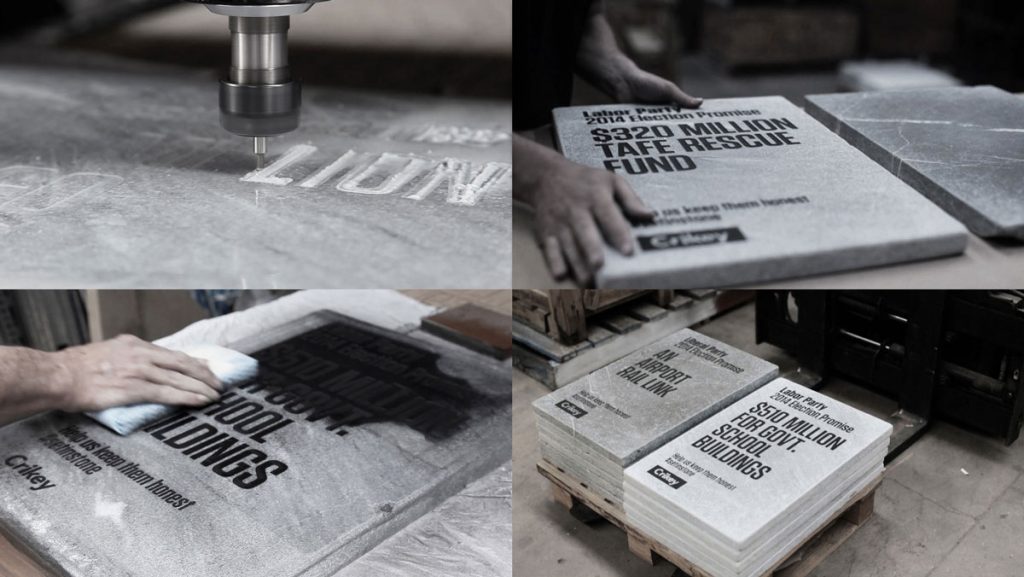 We acknowledge the Traditional Owners of the land where we work and live, the Yaluk-ut Weelam Clan of the Boon Wurrung and pay our respects to Elders past, present & emerging.
We celebrate the stories, culture and traditions of Aboriginal and Torres Strait Islander Elders of all communities who also work and live on this land.